Clashes in the disputed Nagorno-Karabakh region between Azerbaijan and Armenia have killed more than 300 people.

Meanwhile, Iranian President Hassan Rouhani has expressed concern that the war between the two countries could turn into a regional war and demanded an immediate ceasefire.

Clashes between Armenia and Azerbaijan continued on the 11th day.

Russian President Putin and Iranian President Hassan Rouhani have called for an immediate end to the fighting.

More than 300 people, including civilians and soldiers on both sides, have been killed in clashes since September 27. 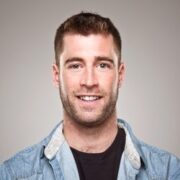